People, projects and results. This is our business idea.

We believe in digital transformation as a technological and cultural change path, which starts from the organizations and moves technologies, processes and infrastructures towards the future.

We are a company with a vocation for relationships; we always remember that behind every technology there are first of all people.

We have a great ambition: bring innovation in all companies.

We started our journey in 2000, as an IT consulting company. Three years later, with the license of Telecommunications Operator, we began to develop and expand the range of services, until we started the first Virtual Machine systems.

In 2013 tooks shape the ambitious project of building a Tier IV compliant proprietary data center inside Caldera Park, the Milan campus that hosts the most important Internet and TLC hub in Italy. The inauguration of C21, in 2016, has allowed to structure the CDLAN'S offer and to consolidate its presence in the Italian and international scene.

Over the years we have developed a deep knowledge of technologies and network infrastructures. We put our skills in Telco and Data Center at the service of digitization of companies, maintaining the highest quality standards.

We have a great goal: bring innovation in all companies with the same passion and professionalism as always.

Innovating is a daily mission that we carry out with passion and dedication, proposing and sharing ideas and changes. We never lose sight of quality, the fundamental pillar of our work.

From here derive the concepts of Vision and Mission of CDLAN, which guide us in our daily work and push us, in the long run, towards a continuous and constant improvement. 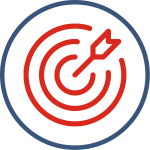 One of CDLAN's main objectives is to constantly improve the effectiveness and efficiency of its structure in order to better meet the needs of its customers in terms of safety, availability and quality of service.

Quality improvement is a priority commitment. We believe that the quality of our services is essential to achieving the satisfaction of our customers, our staff, our vendors, and the institutions that interact with us.